What drama.. get ready for a laugh *SPEW* alert 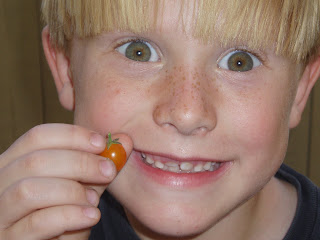 Well, I have had the most dramatic morning with my 7-year-old Max. Look at this mischievously cute face and imagine the following but first let me set up the background story. Max is a head strong child who fights sleeping every night and is like death getting up every morning. He's also VERY particular about his appearance spending a lot of time on his hair making it "just right".

So, I have been telling him for years how unfair it is to Sam every morning when Sam gets right up and dressed in 5 minutes to then is tardy because Max won't get ready and makes them both late for school. When Chuck and I were living together, I would often take Sam to school on time and go back home to get Max and allow him to be tardy and deal with those consequences. We lived just around the corner from school. I was trying to honor Sam in doing that but it really wasn't helping Max at all because he could care less if he's on time for school. Well, for several weeks, I have been telling him that I was having a "leaving time" and however ready he was for school at that time is how he goes to school. So, if his hair wasn't brushed, he would just have to go with messy hair. I knew the time was coming to dig my heels in and prove my words. Yesterday, he put his socks and shoes on in the car while trying to convince me that it was against the school rules to go with messy hair. Uh... I'm thinkin' not. I also just purchased a small alarm clock for them on Monday so I thought that might help.

So, this morning, the alarm went off, Max doesn't budge. I start going in every few minutes trying to get him up. He's not moving. I started singing "Raindrops keep falling on my head" while misting him with a spray bottle. All I got was a whiny "stooopppppp" while covering himself with a pillow. At least there was movement. Well, We have to leave for school at the latest, 7:35. At 7:30, he was still laying in bed. I told him he'd better get up and move fast because we were leaving and he would go "as is". I walk out of his room and leave him to get dressed. At 7:35, he was no longer in the bed, but laying in the floor! OK, so I'm not feeling so sweet now. I knew THIS was the morning to teach him a BIG lesson. I got him to put clothes on and I then said, "That's all you have time for. Take your shoes and socks and get in the car. " He goes hysterical. I told him in a calm but very stern voice, "If you do not get in the car on your own, I will carry you. If I have to carry you, there will be consequences for you when you get home from school." I started pulling his hand and he was grabbing on to doorways, doors, furniture... anything he could grab, kicking and screaming. I picked his little butt up and hauled him to the car in hysterics. By now, he's coughing and choking with snot streaming with tears. I calmly handed him kleenex and then told him that if he were so concerned about these school rules about hair (which are bogus), then I would imagine he'd take extra care to get up and have his hair done in the morning. And so, he broke a family rule with me in getting to the car, he was disrespectful to his brother's time, disrespectful and disobedient to me, so there will be consequences. And if he has, in fact, broken a school rule, then he will have to deal with those consequences as well. He was NOT liking me.

So, we leave for school and I apologize to Sam for allowing Max's behavior to continue making him late for school so many times and promised I would not allow it again.

We get to school and Sam jumps and runs like a bolt of lightening. Max was still hysterical and would not get out of the car. Now mind you, I am in a "drive thru" drop off line with cars backed up behind me. I had to physically remove my child and his belongings from the car and put them on the sidewalk. I told him that I love him and cannot allow him to act this way any more. He kept trying to get back to the car so I ran and locked it. As I was pulling away, he's hanging on to the door handle of the car screaming and crying in bare feet with rat nest bed head. I left. But I didn't go far. I parked around the corner and walked back over hiding behind a wall so I could watch him. He tried to cover his head with his backpack while putting on his shoes and slowly but finally, walked into school... heading to the bathroom to do his hair, I'd imagine. I also imagine he missed breakfast because hair was more important and that too, is part of a consequence of his choice. It hurt my heart to do this yet felt liberating all at the same time.

I'm thinking mornings will change in my household from here out. Don't ya'll? My only regret is that there was no one to video tape this scene. It was a doozy and I wonder what all those parents in cars behind me were thinking of this scene! It doesn't matter... I learned something about following through, loving well, and my child learned that I mean what I say. No more games.
Posted by Angie in AZ at 8:44 AM

Sooo proud of you Angie!
That's tough love to the max! A love that says I love you so much that I will do whatever I have to do to make you the man that God wants you to be.

You are the best Mom for your boys Angie... and today
was a big deal and you handled it brilliantly!

oh, I wish I could have seen that! LOL

Angie, I LOVE this! Tough love indeed! And in the big scheme of things kids want this ... they want parameters and boundaries to knock against so they know how far to go. Way to go!

I can relate to your experience....at 15 my Hunter is late just about every morning due to "fixing his hair"!

I KNOW it hurt your heart, but I am sure it got his attention! I would have loved to be in the car behind you in the drop off line! LOL!

Advice on getting him out of bed in a hurry~yell "bug in the bed" and he might move pretty quick! Hunter did anyway.

It was probably harder on you than on him. I bet the people in the drop off line were thinking, "I'm glad it's not me this time."

Good job, Ang! I know Max thinks it was hard on him---but all moms know it was far more difficult for you. That was no small feat! (This is coming from another mom who has a child who is a night owl and complete lump in the mornings.) I can't wait to hear about how things go in the future.

Well Angie I think you could enter this into a writing contest for some parent's magazine and win a few dollars. Good job! I can't wait to hear how he does tomorrow morning.

Yep -- I think you should have had this on video tape to share with his future wife one day :)

I hope things get better for you, Angie .. these are hard lessons for a child to learn ... and you have way more patience than I would :) I dragged my 4-year old niece up a flight of stairs one time when she was doing the rag-doll routine ... her little feet bumpe every st4ep LOL But she managed to walk back down I noticed ...

Angie,
I am so proud of you. Being a "tough love" parent has got to be the hardest thing we do. You rock! I have seen so many parents that didn't care enough to be tough. It is easier to just give in. Well, I am sure that you won't be taken so lightly again, GO MOM!!!
Sue

that was a GREAT post Angie. If more parents responded like you did, the world would not be such a mess!
You are a terrific mama!
connie 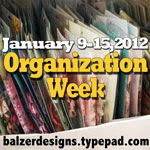